Islington Council is taking action to reduce congestion on Mayton Street, as part of its continuing efforts to make the borough’s streets more people-friendly.

The council is working hard to make streets across the borough better and more pleasant for all, and is listening to local people as it does so.

As part of this goal, traffic reduction measures are to be introduced to make Mayton Street more people-friendly, by preventing its use as a cut-through to the car park of the nearby Morrison’s supermarket on Hertslet Road.

From Saturday, August 15, motor vehicles will no longer be able to access Hertslet Road via Mayton Street or the parallel Roden Street. This will significantly reduce the number of cars travelling down Mayton Street, creating a greener, safer and quieter street for local people.

To enforce this, Islington Council will install two traffic cameras, one on Mayton Road and one on Roden Street. Work on installing cameras, road markings and signage will start on Monday, August 10, and will be completed by the time the new restrictions come into force. In order to create space for vehicles to turn around, two parking spaces will be removed on Roden Street, and one will also be removed on Mayton Street.

Cllr Rowena Champion, Executive Member for Environment and Transport, said: “We are working tirelessly to create streets that are more friendly, greener and safer for our residents, and are listening to local people as we do so.

“These measures will end Mayton Street’s use as a cut-through, reducing air and noise pollution whilst making the street safer for local people.

“I applaud the fantastic work the Finsbury Park councillors have done to champion the concerns of Mayton Street’s local residents about the traffic on their street.”

The introduction of the new measures follows a public consultation with local people in November and December 2019, during which a majority of residents voiced their support for them.

The measures will be introduced under an 18-month Experimental Traffic Order, during which their impacts will be closely monitored to inform a decision about the scheme remaining in place permanently. 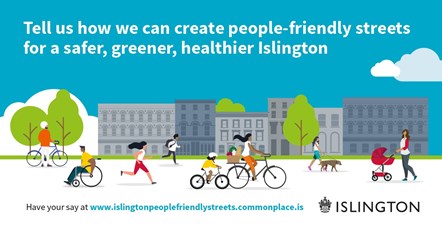