Islington has celebrated the hard work and dedication of the borough’s estate caretakers at the council’s annual Caretaker of the Year awards.

The many residents who nominated Francis said that he was hardworking, dedicated and friendly to all on the estate. His work ethic, attention to detail concerning all matters on the estate and the considerable number of nominations he received made Francis stand out as the winning caretaker.

Other honourable mentions include:

The Caretaker of the Year awards were presented by John Walters, the Pearly King of Finsbury and Billy Wells, Islington Council’s Head of Neighbourhood Services.

Islington Council has around 200 caretakers working across the borough.

“We are immensely proud of our hardworking, dedicated estate caretakers. I don’t think it’s an exaggeration to say we have some of the most community focused caretakers in London.

“Francis Oduro has done exemplary work at Kings Square, where his friendliness and attention to detail is greatly appreciated by estate residents. We commend him for his dedication in helping to build a safe, supportive, inclusive community here in Islington.” 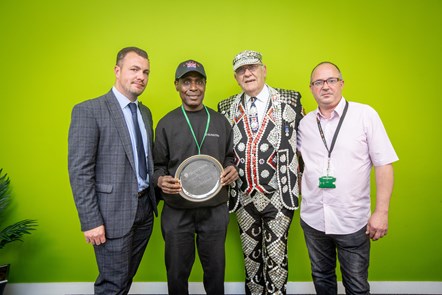