Full power ahead for £3million electric revolution for council vehicles

Plans to support a major electrification of Islington Council’s vehicles were given a major boost yesterday (Tuesday, 10 March) with Greater London Assembly (GLA) funding to support the exciting project.

The Mayor of London, Sadiq Khan, announced that the GLA has awarded £1,485,000 to support the installation of fleet charging infrastructure at Islington’s Waste and Recycling Centre in Cottage Road.

It will go alongside £1.5million council funding towards the scheme, announced in last month’s budget, which will see a new substation and high voltage connection installed at the Waste and Recycling Centre.

This £3million upgrade would provide enough power for all 230 vehicles operating from the site - cars and small vans, school and social services buses, street sweeping vehicles, all the way through to 26-tonne Refuse and Recycling Collection Vehicles - to be switched to electric.

Cllr Rowena Champion, executive member for environment and transport, said: “The electrification of our fleet at the Waste and Recycling Centre supports our efforts to clean up the air we breathe and cut carbon emissions.

“We’re very pleased that the GLA and Mayor of London has recognised the positive impact of our fleet electrification plans, which will support our plans to create a cleaner, greener future for local people.

“The council is working to tackle the climate emergency, and this project is part of our plans to invest serious money to exciting new environmental projects in the borough.”

The GLA funding is part of the GLA’s £70 million Good Growth Fund, which supports projects that put local communities at the heart of regeneration.

Deputy Mayor for Planning, Regeneration and Skills, Jules Pipe, said: “The Mayor and I are committed to doing all we can to support projects which create opportunities to regenerate their local areas.

“This is a great example of how Londoners can take a lead in shaping the future of the capital.” 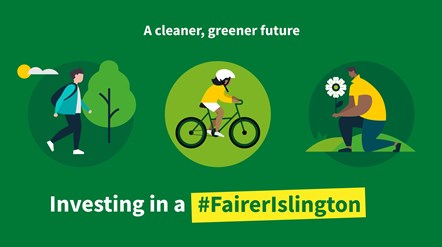