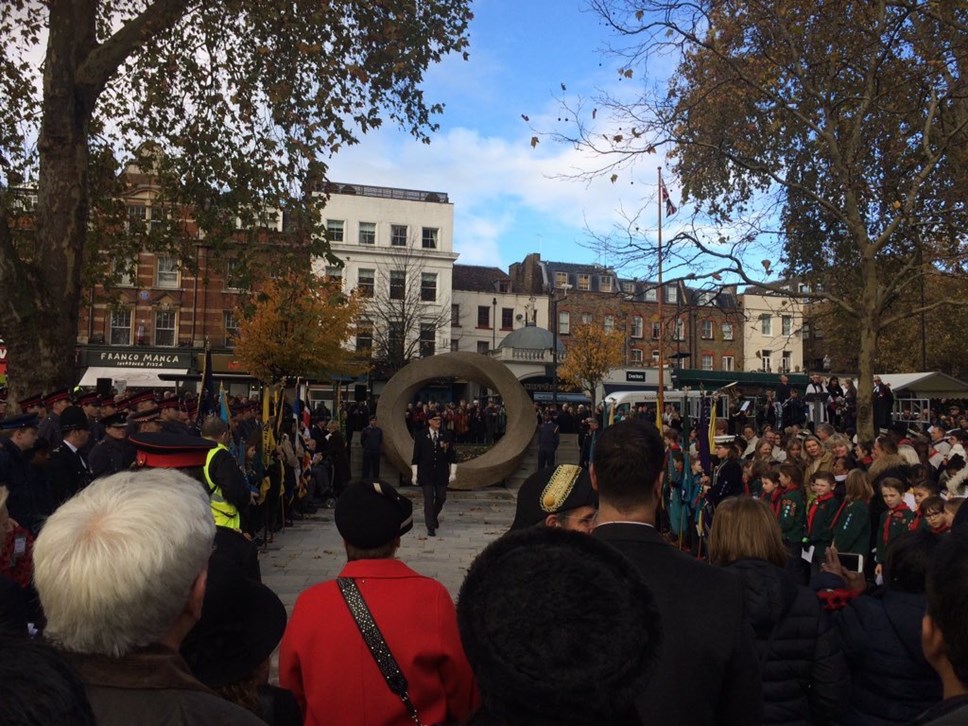 Islington residents are invited to attend Islington’s annual Remembrance parade and wreath laying ceremony on Sunday, 10 November, to honour those who lost their lives in two world wars and more than 70 other conflicts.

The parade of service units and veterans will gather from 9.30am outside Union Chapel in Compton Terrace, before marching down Upper Street, reaching the Town Hall at around 10am.

The Mayor of Islington, Cllr Rakhia Ismail, councillors and other officials will join the parade at the Town Hall, which will then proceed to Islington Memorial Green for an inter-faith service, starting at 10.40am.

Residents are also invited to attend other services and community commemoration events around the borough on Sunday, 10th November:

There will also be a two-minute silence at 11am on Monday, 11 November, with a short ceremony on the Town Hall steps.

The Mayor is supporting the British Legion’s Poppy Appeal, which raises money to help support serving and ex-serving members of the Armed Forces community and their families. Poppies can be purchased from reception at the Town Hall and the council’s customer contact centre at 222 Upper Street.

The Streets They Left Behind

Islington has also committed to continuing "The Streets They Left Behind", a project to remember those local people who were killed during World War One.

Plaques have been installed on many Islington streets to commemorate the names of those who were born in or had been living in the streets during 1914-18, and lost their lives during the conflict.

The project from Islington Heritage Service, funded by the Heritage Lottery Fund, began in 2014 and was due to finish this year. Islington Council has now committed to continue funding The Streets They Left Behind, including installing replacement and new plaques where necessary. All of the information from the street plaques comes from the Islington Online Book of Remembrance, which commemorates more than 13,000 men, women and children of Islington who died as a result of war here and abroad. “Remembrance Day marks the end of a brutal and bloody conflict that changed the face of British history forever. We now use that day to commemorate the end of all wars, and remember those who have lost their lives in conflict.

“We also pay tribute to the families of those who lost their lives, members of vital emergency and military support services, and also the innocent civilians who have lost their lives in conflict.

“We invite all Islington residents to join us at one of our memorial events.”

“Every year, the people of Islington demonstrate that Remembrance is important to them by attending our Services in great numbers.

“I encourage residents to come together again to pay thanks to the thousands of servicemen and women who died for our freedom.”

The Streets They Left Behind Plaque, Northampton Street Canonbury