Islington Council calls for Universal Credit to be scrapped

Islington Council is among the first local authorities in the UK to pass a motion demanding that the Government’s Universal Credit benefit policy be scrapped altogether and replaced, calling it a “policy of deliberate destitution”.

Almost 10,000 households in Islington – many of them the borough’s poorest and most vulnerable residents – are expected to be left worse-off under Universal Credit [UC] by the time its rollout in the borough is complete, losing out by an average of £500 per household per year.

More than 4,000 Islington households have been transferred to the new combined benefit since the full service rollout of UC began in Islington in June. There are a further approximately 21,000 households still to go as UC rolls out.

Since the rollout of full service Universal Credit began in the borough in June, referrals to Islington Foodbank have quadrupled, with 44 households referred specifically due to UC over the summer alone.

Cllr Andy Hull, the council’s executive member for finance, performance and community safety, said: “The Government’s flagship Universal Credit scheme has been universally discredited. They have had since 2014 to fix the deep problems with UC and have failed to do so.

"In fact, they are failing to process around 12 per cent of claims from residents within their own five-week target – that’s one household in every eight left to fend for themselves for even longer without any money coming in.

"The scheme is already plunging hundreds of our most vulnerable residents into poverty, and thousands more face the same fate unless we can get Government to scrap it now. That’s why we are speaking up before it’s too late to turn this disaster around.”

Bunhill ward councillor Troy Gallagher moved the motion which was passed unanimously at Full Council on 6th December. He said during his speech to fellow councillors: “When I meet residents at my surgeries, or when I check my emails for casework, I am increasingly being approached by people who are at breaking point because of Universal Credit.

"The fact that Universal Credit is only available online is making it harder for those less able to use the internet to access it.”

The council will continue to do its best to support affected residents through its own advice, income maximisation and employment services; by helping with the online applications; by making crisis payments for food and fuel through its Resident Support Scheme (the number of these awards doubled in October); and through partners in the local voluntary and community sector, such as Islington Law Centre, Islington People’s Rights and Islington Citizens Advice (who have seen a 20 per cent rise in clients presenting with debt problems since June).

Further work is taking place to identify and offer help to residents who will be transferred onto UC in the future, including with families with children under five years old, whose move to UC will be triggered when their child turns 5.

Last December, Islington Council urged the Government to pause the rollout of UC and fix the significant problems already identified at that stage. While changes have been made, a large number of Islington’s poorest and most vulnerable residents will still be left much worse-off.

On 6th December, the council unanimously passed a motion saying that it has no confidence in UC, which “has been universally discredited and represents a Government policy of deliberate destitution”.

Cllr Richard Watts, leader of the council, will now write to the Prime Minister, urging her to scrap Universal Credit and replace it with a social security system which actually supports people and ensures that nobody is worse-off, rather than driving them into poverty. 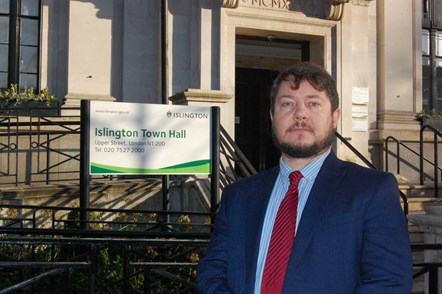