A further 16 Islington schools will benefit from the borough’s pioneering School Streets programme when they reopen over the next week, meaning a greener, healthier and safer environment for children when they return to the classroom.

School Streets reduce traffic outside the borough’s schools at drop-off and pick-up times, creating quieter, more-pleasant roads for children, with cleaner air. They also encourage active travel, enabling young people and parents to stay physically active and healthy as they travel to and from school.

Crucially, School Streets help to facilitate social distancing, making the school run safer for children and parents as the nation emerges from lockdown.

In July 2020, Islington Council announced a rapid acceleration of the pioneering programme, with the aim of tripling the number of School Streets from 13 to 39 before the end of the year.

Since then, Islington Council has worked hard to create 16 School Streets as part of these plans. This means that a total of 29 schools will have School Streets on them when their gates start to reopen from tomorrow (Wednesday, 2 September).

This increase means that the total number of School Streets has more than doubled since July, to the benefit of children and parents across the borough.

The rapid acceleration of the School Streets programme is part of Islington Council’s wider efforts to create people-friendly streets, which make it easier to walk and cycle, create more space for social distancing, and are more enjoyable for local people to use.

The rollout of people-friendly streets will also help Islington achieve its ambitious plans to be a net zero carbon borough by 2030.

Cllr Rowena Champion, Islington Council’s Executive Member for Environment and Transport, said: “The implementation of School Streets across the borough will mean that children returning to the classroom this week will experience a safer, less-polluted environment outside the school gate, where it is easier to socially distance.

“We know that children are particularly vulnerable to the damaging effects of air pollution, which is a major health emergency. School Streets directly address this by ensuring that Islington’s children can breathe cleaner air as they travel to and from school each day. School Streets also create a more active borough by making it easier for children and parents to walk and cycle during the school-run.

“The installation of 29 School Streets reflects the council’s ambition to create a greener, healthier, safer environment for children, and we look forward to implementing a further 10 schemes before the end of 2020.”

Residents in the surrounding area of each of the 16 new School Streets have received letters informing them of the changes. Those living near the 10 School Streets that are scheduled to be implemented before the end of 2020 will receive letters in due course.

The 26 new School Streets that were announced in July are being implemented outside primary schools under 18-month Experimental Traffic Orders.  After 12 months, schools, parents and neighbours will be invited to have their say on whether their School Street should remain in place permanently.

Islington Council will closely monitor all of the new School Streets to assess their impact on the local area.

The feasibility of expanding the programme to secondary schools on local roads will be considered following this acceleration. 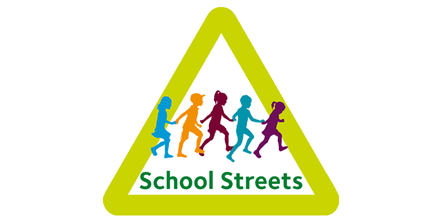