Islington Council today (Wednesday, 18 May) announces a new Executive, who will lead the council’s work to create a more equal future for people in the borough.

Cllr Comer-Schwartz said today: “Local people have put their trust in us, to deliver on our promises to them and continue making Islington a more equal place.

“We will get started straight away, building more council homes, helping local people into good jobs and giving our young people the best possible start in life. Our new Executive is perfectly placed to deliver for Islington.”

Cllr Comer-Schwartz added: “I am extremely excited to welcome Cllrs Woolf, Bell-Bradford and Khondoker to the Executive and greatly look forward to working together.

“I am also incredibly grateful to former Executive members Sue Lukes, Cllr Asima Shaikh and Cllr Satnam Gill, and thank them for their tireless work for the people of Islington, and this council, over a number of years.”

The changes to Executive come shortly after this month’s local elections. The appointments were made by the Leader of the Council.  They take effect immediately, as of today (Wednesday 18th May). 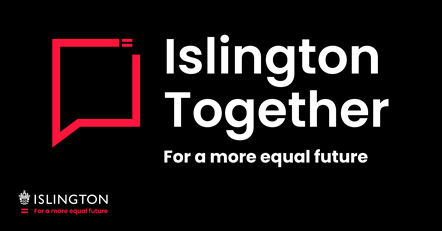 Islington Together - For a more equal future logo