Islington Council is celebrating the fantastic work of the borough’s dedicated street cleaners by announcing the winner and runners-up of its Sweeper of the Year award for 2020.

Rain or shine, Islington’s street sweepers are out in their neighbourhoods five days a week, every week of the year, to keep the borough looking spick and span by deep-cleaning pavements, removing litter, and reporting fly-tipping issues.

Even amidst the challenges of the coronavirus pandemic, the borough’s street sweepers have continued to go about their work, often going above and beyond the call of duty to make sure that Islington’s streets remain clean and tidy for everyone.

The annual Street Sweeper of the Year award celebrates those that go the extra mile to help in their neighbourhoods. Local people were invited to select their winner in a Twitter poll and, after more than 120 votes were cast, Andrew Blenman was crowned Islington’s outstanding winner.

Andrew has worked in the borough for more than four years, and is responsible for keeping the Highbury area clean. His route sees him cover around 6km per day, often in rainy, cold weather. Over the course of a year of working five days per week, that equates to a staggering 1,560km - which is further than the distance between Islington and Rome.

Local people commented on the “excellent” job Andrew does to keep their streets tidy, with one describing him as “always cheerful, polite and charming”.

After being crowned Sweeper of the Year, Andrew was awarded a golden wheelbarrow and a £50 gift voucher. This year’s runners-up were Mohamed Abumaye, who works in the Caledonian area, and Paul Smith, who works around Old Street. Both earned a £25 gift voucher each.  All vouchers have been supplied by Glasdon, sponsors of the award.

The award marks the end of Islington’s September Clean, which saw local people come together - either as a household or in a small socially distanced group of up to six people – to support Islington’s street cleaning staff in keeping the borough tidy.

Cllr Rowena Champion, Islington’s Executive Member for Environment and Transport, said: “Islington’s street sweepers make a massive difference in their local community, and we’re so grateful to them for their incredible efforts day-in, day-out, to keep the borough tidy.

“In the face of early mornings and often unpleasant weather, they go about their work with a smile on their faces and a commitment to going the extra mile in their neighbourhoods.

“I would like to congratulate and thank Andrew, Paul, Mohamed and all of the borough’s street sweepers for their outstanding work.”

Islington Council would usually hand out the Sweeper of the Year award at the end of the borough’s annual Spring Clean, which was postponed in March because of the coronavirus pandemic.

It saw volunteers from across the borough go out to litter pick, clear away leaves, and do their bit to make a difference to the environment, all while respecting social distancing rules. 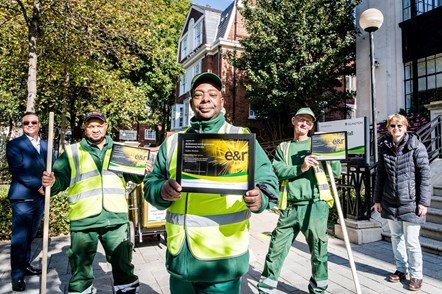 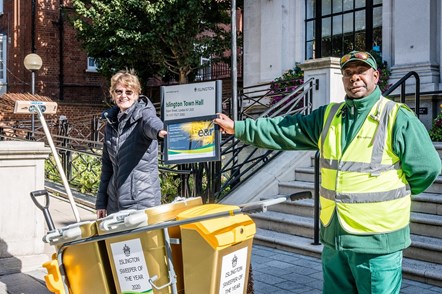 Andrew Blenman is Islington's Sweeper of the Year winner for 2020