Islington Council presented the Mayor’s Civic Awards and the Ben Kinsella Award to the borough’s unsung heroes at a special ceremony at the Town Hall last night.

The last two years have seen many residents adapting to new challenges, the Covid-19 pandemic putting new strains on mental and physical wellbeing. This year’s award winners were all nominated for caring for others or doing work that improved the lives of people in their communities. They were presented with their awards by the Mayor of Islington, Cllr Troy Gallagher.

The winner of the Ben Kinsella Award 2022 is Tyler Clancy, an incredibly resilient and driven young person. After losing his friend to knife crime last year, Tyler became involved with Platform Youth Hub. He has since shown himself to be a true leader and inspiration to his peers, organising LGBTQIA+ events and offering support to friends dealing with grief.

The Mayor’s Civic Awards were presented to:

Hanna Araya and Danayt Leul, two young people who arrived in the UK as unaccompanied asylum seekers, speaking no English and knowing no-one here. They were referred to Grandmentors, a programme for care experienced young people, and have subsequently developed their own passion for helping people. After being introduced to charity The Little Things, they have spent their time feeding the homeless. Taking over the hot drinks station outside the fire station on Old Street, they have offered warm beverages to those who need them, even throughout the winter when freezing temperatures would discourage all but the most dedicated to stay at home.

Lawrence Curtis, who set up Healthy Minds, Healthy Bods, turning his experience of unemployment and depression into a project that has brought healthy habits, exercise positivity, dance and joy to many, especially in the Highbury area. As well as taking people out on walks and doing Zumba on Highbury Fields, Lawrence gave out weekly mental health packs to others during the lockdown, which were described as ‘a lifeline’ in his nomination. Hundreds of people are mentally and physically healthier because of his determination, positivity, creativity and persevering personality.

Islington Parkrun Volunteers, a group that facilitates the biggest weekly social event for all ages in Islington, the Highbury Fields Parkrun. The volunteers get up early every Saturday and Sunday, week in, week out, to provide a free timed run for Islington residents. Their service is hugely appreciated by all those who attend the Parkrun, who praise it for boosting their mental and physical wellbeing, and providing a social space where people can meet new friends.

Beatrix Payne, Mads Iversen and Ian McVeigh, who set up the Friends of Canonbury Square group a few years ago. They have since worked hard to keep the community gardening project meeting at least once a month, bringing together the residents of the square as well as those who live nearby and don’t have access to private gardens. They have a huge positive impact in Canonbury Square and are described in their nomination as ‘always helpful to those around them’.

Lunita Williams, the dynamic leader of a diverse group of volunteers who have transformed an overgrown and neglected area of Highbury Fields, making an outstanding contribution to the well-being of the local community. As well as managing the Highbury Fields Garden volunteers, she has also volunteered at Canonbury Primary School for more than 20 years. Lunita has achieved all this with flair, enthusiasm and tenacity.

Mayor of Islington, Cllr Troy Gallagher said: “These awards give us the opportunity to show our gratitude for the fantastic people in Islington who go above and beyond to improve the lives of others. We all know that the last two years have been incredibly difficult for many people, so I am very pleased that we can raise up our champions who have done so much to support their communities and help us move towards a more equal future.”

André Langlois, editor of the Islington Gazette, which sponsors the awards, said: "It is always an honour to read through the nominations for these awards. Over the past two years, more than ever before, the value of those working for their communities has been plain to see.

"These winners are all fully deserving of our praise and an inspiration for what can be achieved." 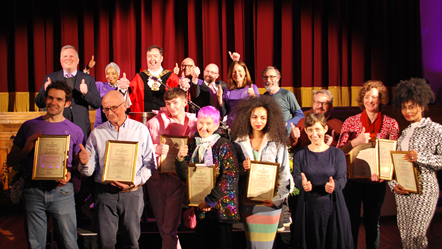 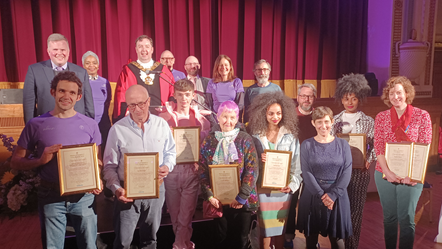 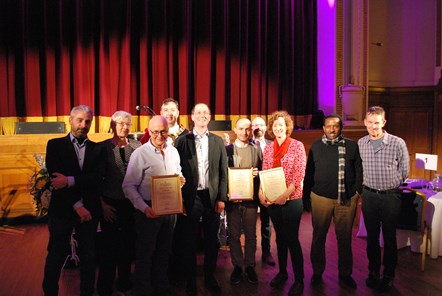 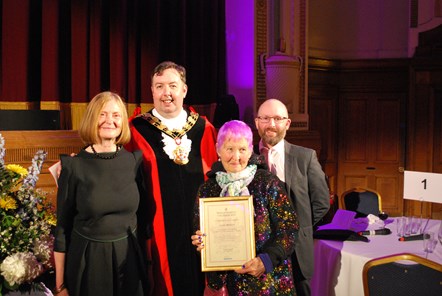 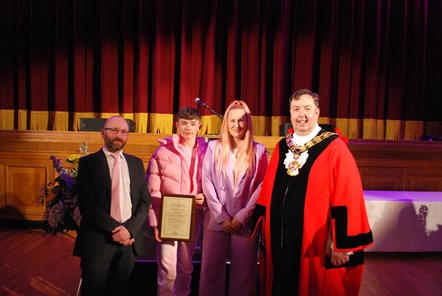 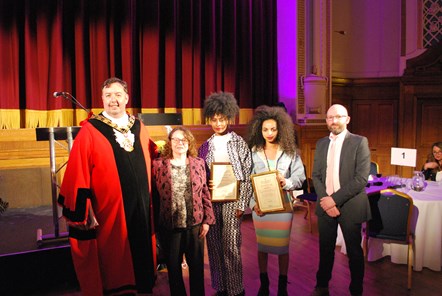