A rogue builder who fraudulently charged vulnerable residents thousands of pounds for unnecessary work to their homes has been sentenced to four years and nine months in prison, following action from Islington Council’s Trading Standards team.

Snaresbrook Crown Court heard Mr Warby would identify vulnerable individuals and then falsely persuade them that their roof was damaged and needed repair.

In a few instances, Mr Warby’s companies caused damage to the roofs in order to provide evidence that work needed to be done. Her Honour Judge Canavan called it a “sophisticated offence”, which was “all about fraud at the outset”.

Some victims were left with damaged roofs needing additional remedial works, the collective cost of which has been valued by an independent surveyor to be more than £70,000.

Islington Council’s Trading Standards team were alerted to Mr Warby’s criminal activities after a relative of an elderly resident called Citizens Advice consumer service to complain. Council officers visited the address and found a vehicle left there by Mr Warby’s team. Business documents were seized from the vehicle, and contained information that allowed the investigating officers to widen their inquiry and to contact other victims.

Mr Warby was sentenced on Wednesday, 16 March at Snaresbrook Crown Court.  As well as a custodial sentence, Mr Warby was banned from being a company director for seven years.

Cllr Diarmaid Ward, Islington Council’s Executive Director for Housing and Development, said: “Islington Council is determined to ensure that everyone in our community should have a decent, safe and affordable place to call home.

“In these offences, vulnerable people were deliberately sought out and in their own homes – where they should have been able to feel safe – were pressured and exploited.  These were shameful offences, and thanks to the swift and careful actions of our Trading Standards team, the perpetrator has now been successfully prosecuted.

“We hope that this long prison sentence will send a clear message that this kind of exploitation will not be tolerated in Islington – if criminals target people in our community, we will take action, and we will come after you.”

Local people are strongly encouraged not to agree to have property maintenance work done by anyone who turns up unannounced, and above all to choose a trader from a trader approval scheme recommended by the council, such as Buy With Confidence, Which Trusted Trader or Trustmark. Residents are also encouraged to report any incidents via the Citizens Advice helpline – 0808 223 1133. 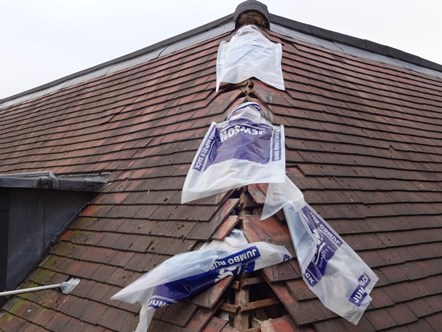